This is a first edition of Baree, Son of Kazan by James Oliver Curwood, published in 1917 and the sequel to Kazan (1914). Curwood was an avid conservationist and spent long periods of time living in the Canadian wilderness, which inspired him to set his action-adventure stories in nature. He writes in the preface that he sets his books in the wild to encourage his readers to appreciate their surroundings.

“The American people are not and never have been lovers of wildlife. As a nation we have gone after Nature with a gun.”- James Oliver Curwood 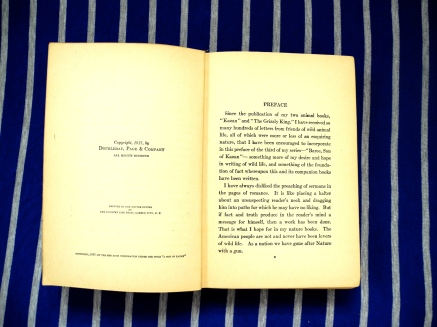 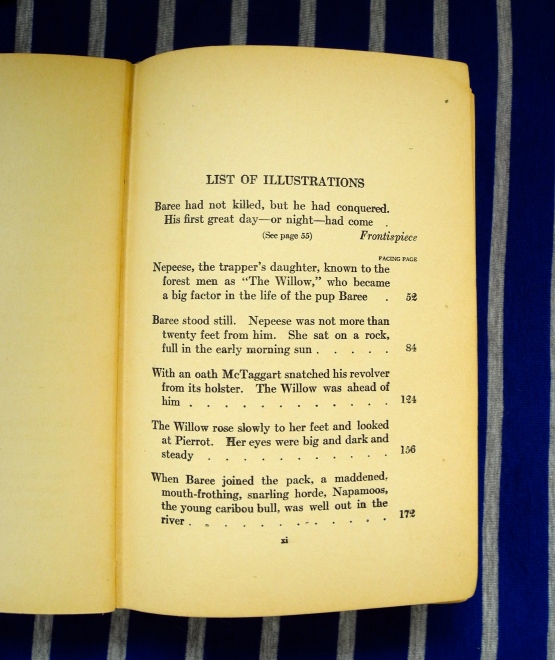 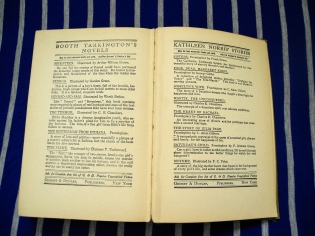