Nicolas Appert (1745-1841) was a French chef who is known today as the father of modern food preservation. In 1795, Napoleon’s military held a contest with a 12,000-franc prize to discover a more efficient way to preserve and transport food. Napoleon was determined to distribute safe rations, since malnutrition and spoiled food killed more of his troops than action on the battlefield.

Fruits and vegetables were almost never available to troops at sea for long periods of time, and the majority of the navy’s diet consisted of smoked, salted, fermented and dried foodstuffs. Appert’s culinary career included pickling, distilling and brewing, so he eventually deduced that air-exposure played a part in spoiling food, but didn’t truly understand why (and no one did until the discoveries of Louis Pasteur 50 years later). After years of experimenting, Appert sealed partially-boiled samples in glass jars with cork stoppers and wax and sent them off to troops for tastings. Appert’s samples won rave reviews, and he was awarded the winning prize in 1810.

In 1812, he published his findings under order from the French government, titled The Art of Preserving all Kinds of Animal and Vegetable Substances For Several Years. It was the first cookbook of its kind, recommending preparation and preservation methods for more than 50 types of food. There’s even little diagrams on how to ensure the corks are airtight.

I found an 1812 first edition of the English translation at the Maine Bookhouse in Oxford, Maine, for a mere $25 (the price is etched in pencil on the title page). It once had a beautiful cover, but now it’s just bound paper marked with stains and age. This special work is one of the gems of my collection, and it gave me a refreshed perspective on my Mason jar obsession. Cheers to you, Appert! 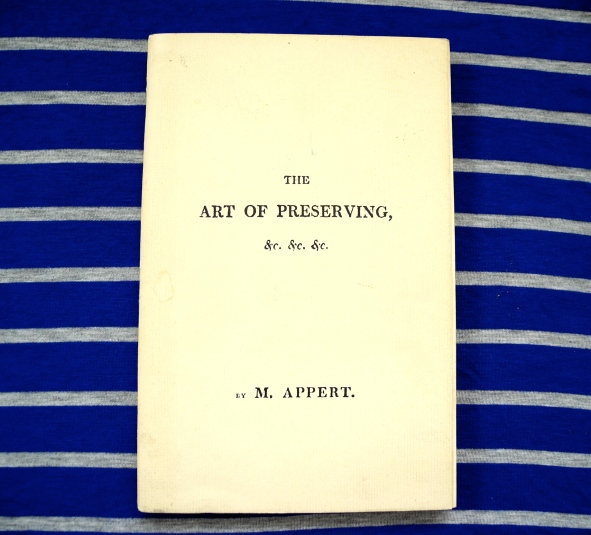 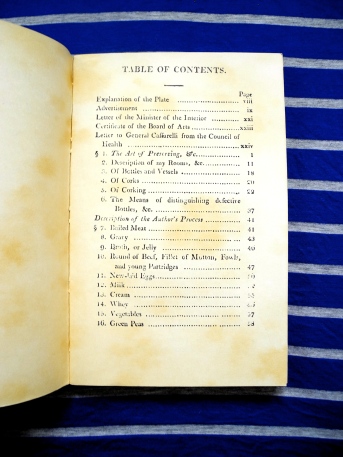 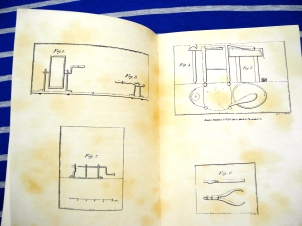 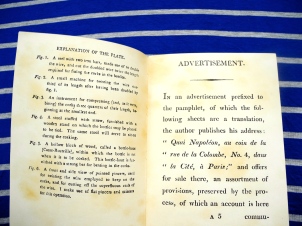 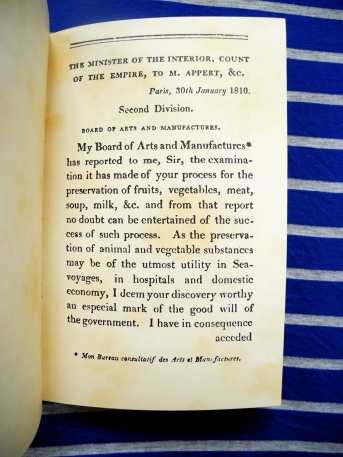 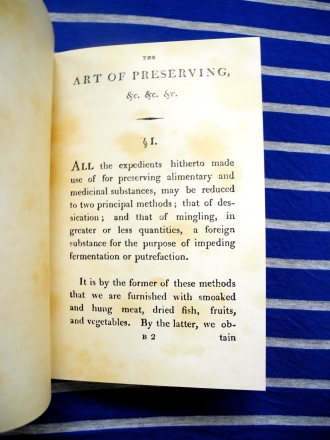 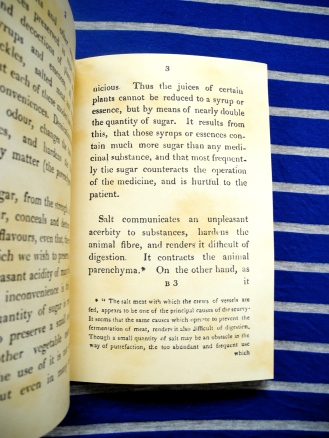 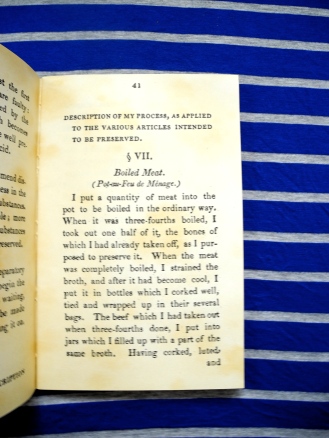 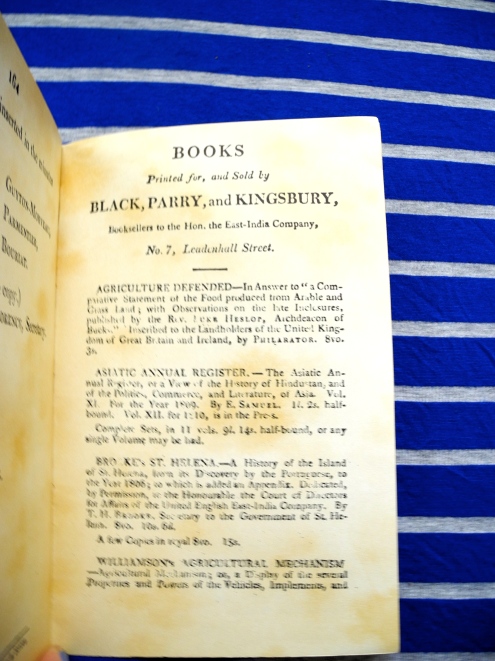 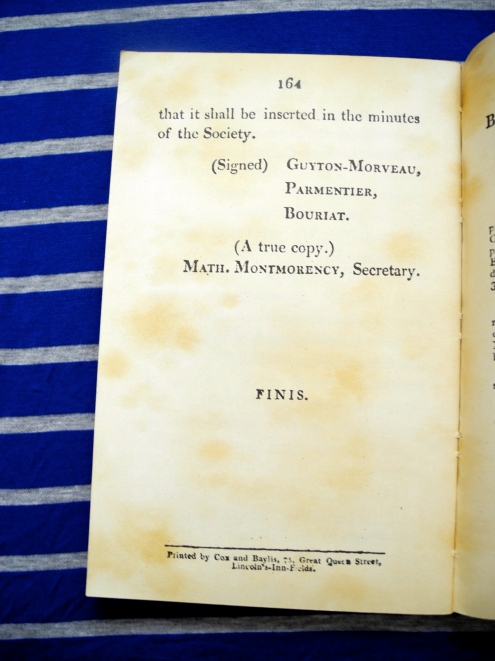