Edmonds’ 1936 novel Drums Along the Mohawk was a commercial and critical success, telling the story of Revolutionary War-era fictional settlers living in the upstate New York Mohawk Valley, and their violent encounters with Native Americans. After Drums Along the Mohawk was published, Edmonds allegedly received a letter in the mail containing the decayed tooth of a young boy. As he describes in the preface to Wilderness Clearing, the tooth supposedly belonged to a young boy murdered by Native Americans in 1777. The legend claims that two Indians, named Cataroque and Hess, brutally murdered and scalped the Mount brothers, later nicknamed “the Mount boys,” for $16 and a copper kettle. Their murders were a small piece of the violent border wars along the New York frontier.

Wilderness Clearing is Edmonds’ fictionalized version of these events. The young hero, Dick Mount, is the surviving brother of the “Mount boys.” 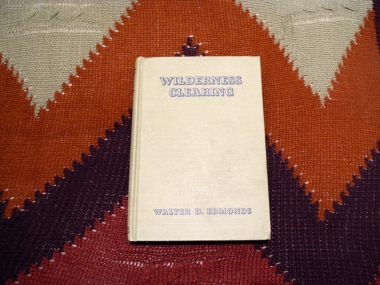 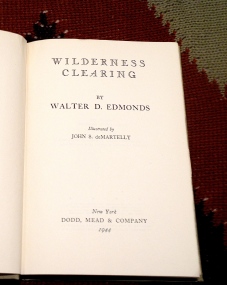 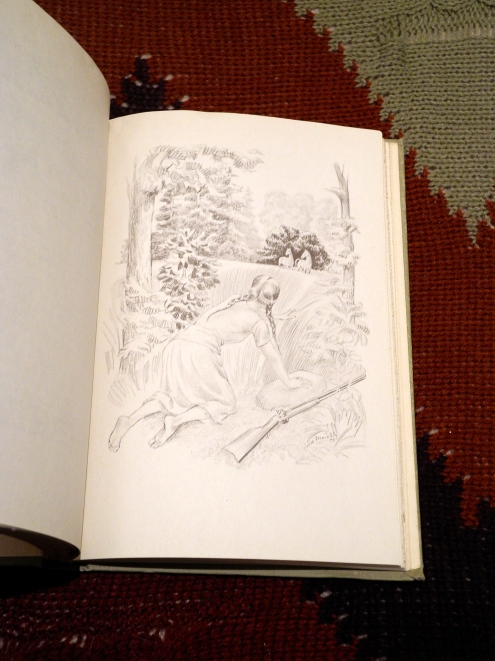